To prevent risks of PCB exposure, the EPA mandates—through its "Manifest Rule"—tracking of PCB transformers and PCB contaminated electrical equipment through manifest records. This rule requires manifests “if any part of the shipment contains PCBs at levels equal to or exceeding 50 ppm or less than 50 ppm as a result of dilution from greater than 50 ppm PCBs. Any generator initiating such a PCB waste shipment must initiate a manifest under this rule” (54 FR 244, pgs. 52722-52723).

IMPORTANT: There is a conditional exemption for shipping untested oil samples. See 40CFR761.65(i2) .
However there is no exemption for shipping untested transformers without a manifest. Untested transformers shipped for disposal without a manifest require an unmanifested waste report. See August 24, 1994 Federal Register / Unmanifested Waste Report Requirements .

Because PCB waste is toxic, every individual is strictly liable for contamination. Manifest regulations ensure that every party in control of the transformer at any given time has all the information necessary for proper handling and disposal.

Failure to comply with manifest requirements has resulted in civil and criminal charges:

In compliance with the Manifest Rule (40 CFR § 761.180(a) and 40 CFR § 761.35), our company first tests for PCB content and then manifests un-drained transformers and drained fluids with 50 ppm PCBs or greater.

Toxic "ripple effects" and expensive cleanup costs incident to spills can be avoided by testing and draining transformers before transporting them to a waste facility. 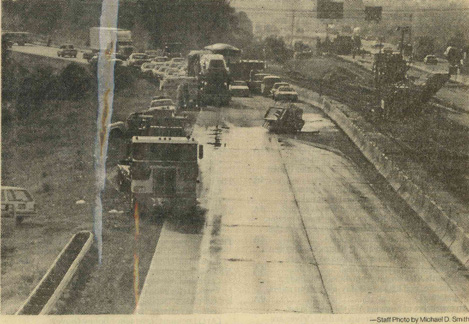 On July 9, 1986 the driver of a National Electric, Inc. semi made an improper lane change on Interstate 40 near North Little Rock, AR and collided with a smaller vehicle. No one was hurt, but two large transformers that National Electric was hauling fell off the trailer and ruptured, leaking 250 gallons of PCB oil onto the interstate and into the ditches. Vehicles driving past the accident spread the oil even further down the road. For four days that section of interstate was closed as National Electric, Inc. and state agencies worked together to resurface the 900-foot stretch of road and remove contaminated soil from the ditches. 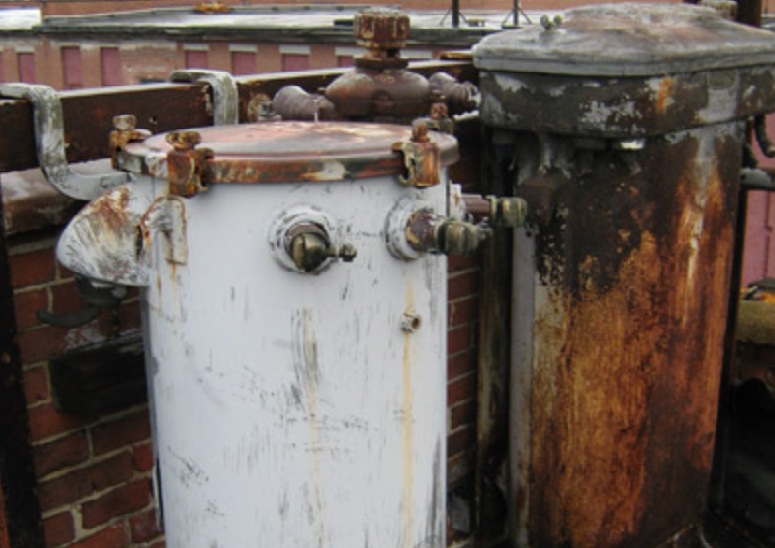 1989 Weaver Electric Violation of TSCA and CERCLA Resulted in 6 Jailed and nearly $2 Million in Fines: Why EPA Regulations Require Testing and Manifesting before Shipping

In 1989, Weaver Electric (Denver, CO), a company that buys, refurbishes, and sells used electrical equipment, violated PCB regulations under TSCA and CERCLA. Weaver Electric president Larry Pizer directed plant manager Clayton Reiger to ask Martha and Michael Slusser, the owners of a nearby horse ranch, to remove PCBs from Weaver Electric’s Denver Plant. The Slusser’s illegally stored 175 drums of PCB contaminated oil at greater 500 ppm. The drums were stored in a barn with a dirt floor where some of the PCB contaminated fluid leaked onto the ground. The Weaver Electric salvage operator and Michael Slusser also buried 576 capacitors and empty drums at the Slussers’ ranch. After storage at the ranch for some time, the remaining drums were then moved into trailers at two sites in El Paso, TX. Weaver Electric was going to illegally export the PCBs to Mexico, but a local fire department discovered them before export.

A Weaver Electric employee tipped off the EPA about Weaver Electric’s illegal activities and was rewarded up to $10,000 for providing information that led to the FBI investigation of Weaver Electric’s illegal activities. A total of six individuals, including Clayton Reiger and the Slusser’s, were sentenced to imprisonment ranging from 90 days to 1 year. Larry Pizer died in February of 1992 before any charges could be brought up against him. Weaver Electric was fined $500,000 and also held responsible for cleanup activities at storage sites such as the Slussers’ ranch which has added up to over $1 million. EPA regulations require testing and manifesting before shipping to prevent or enforce fiscal and penal consequences for individuals and companies that carry out destructive activities that lead to environmental and human health hazards.

“A fine of this magnitude, particularly against a relatively small business, again indicates that deliberate environmental misconduct will not be tolerated. Further, we will aggressively pursue convictions against individuals whenever we find sufficient evidence of knowing wrongdoing” – United States Attorney Michael J. Norton